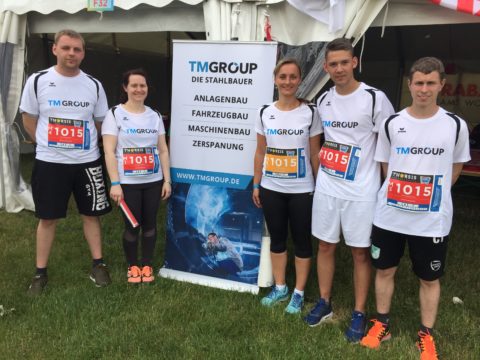 Our employees are high performer in working life but also in running, so our teams demonstrated their fitness doing the company relay race in Dessau and Magdeburg in 2017.

The Firmenstaffel Magdeburg was planned on June the 22nd but because of a terrible thunderstorm it was reschedule to June the 23rd. That’s the reason why two of our three teams have to cancel their participation. Our team of TMGROUP showed a fantastic performance over 5 x 3 km mixed team and got the 165th place with a total time of 81 min.

We are proud about the fantastic results and the great team spirit of our new mixed team and the long time existing teams.